Some months ago I saw an image on social media that has haunted me ever since. It wasn’t gory nor bloody, though plenty of images nowadays are. There were no broken buildings and billowing smoke clouds, no dead bodies. Just a little orphaned one-year old girl, naked except for a very full nappy, which had been on her so long that there was encrustation of leakage at the tops of her legs and sores had begun to develop. She had no-one to care for her, no-one to take off the days-old nappy. I wept at my computer.
How I’d wanted to scoop her up, take off that soiled nappy, bathe her in soft scented bubbles, play and splash the water, hear her giggle and squeal, dry her in fluffy towels and pat her silky skin with sweetly scented talc. How lovely she’d look in a simple but clean little white baby grow. Her hair would curl into looping black ringlets as it dried, hanging down into her huge brown eyes.
But I’m frozen by inaction. How can I help that little girl or even ones like her? Can I donate money? What might it end up buying? Who can be trusted? Short of going to Syria – which is simply insane – what can I do?
Guilt and frustration add to my imagination resulting in a frozen trinity of despair.
Yet I still have my safety, warm shelter, food… and in an hour or so this despair will lift as my own day-to-day living pulls me out of my imagination, away from the images online, and the news coverage. I’ll blink and like waking from a bad dream, I’ll see my own world, I’ll feel a flush of gratitude. But gratitude is no longer enough…
I struggled as a child with a few things in the Bible. I struggle as an adult with many more aspects of religion, but some of that bible stuff I’ve come to realize, makes sense to me now.
It boiled down to the whole, “turn the other cheek” philosophy. Young and immature, I couldn’t understand why Jesus said to do that. But age can grant us startling insights, and I’ve come to understand it a little, if not fully.
But it goes a bit like this:
People do not kill each other. Ethnicity does not terrorize or maim other people.
BAD people terrorize other people.
BAD people frighten other people.
BAD people hurt other people.
BAD people kill other people.
BAD people do bad things.
NOT Muslim or Christian or whites or blacks.
No matter what reason a person cites for their actions, no matter how justified they think they are, frightening another person is an act of terror.
When someone decides (most likely without any factual evidence) that another has come into their country, stolen their jobs and soaked up the resources, that is merely that person’s opinion. The statistics, should you chose to investigate, might prove you wrong and at the very least provide you with an informed debate.
As soon as a person tells someone to “go back” to where they came from that person is doing the wrong thing. A bad thing – and this is a fact. At the very least it causes another person to be frightened. When a person instills such terror, that person is a terrorist.
As soon as we daub paint on a wall to write hate-speech, we become bad people because we are doing a bad thing – we are terrorizing another human being.
The moment you willfully physically or emotionally hurt another person, you are a bad person.
FACT – bad people do bad things to other people.
Despite all the diversity in the human race there are really only two types of people. Good people and good people who have given into doing bad things to other people.
That little orphaned toddler with the soiled nappy was there because of bad people, not Muslims, or white privilege or politicians – just bad people.
Let’s keep it simple. Don’t be a bad person and strive to love your fellow human beings. If you have food and clothes and a safe place to live you’ve made it in life and you are lucky. God didn’t give this to you anymore than he took it away from that little toddler. What made you so special and her not special enough? The God I believe in doesn’t have favorites. Jesus loved the sinners too, thankfully, and therein lies our redemption. (For the atheists reading this – please don’t stop reading because I used the G-word and the named the J-person!) I hope everyone can see that not all bad people are bad all of the time. Everyone has the capacity to stop doing bad things.
We do need to wage a war on terror, but by waging a war on people doing bad things. And we win this war with love.
In the same way that the undercurrent of racism, sectarianism and bullying rippling below the surface is now taking hold, fueling bad people, perhaps we can harness the love that exists in each of us to turn those people around. This may sound ridiculously simple, ludicrously naive but hey – it worked for Gandi, Nelson Mandela and Martin Luther King and that’s good enough for me.
Turning the other cheek is not about letting bad people get away with being bad. It’s about us not becoming bad too. It’s about us keeping our standards high. So think about this with every social media post you share. Are you ridiculing someone – even if you feel that person deserves it? Posting a fact is one thing, so long that it is a fact. Posting opinion is fine too if you’ve considered it – is it fair, does it promote hatred or love? Choose love – everyday, not just on Valentines Day. 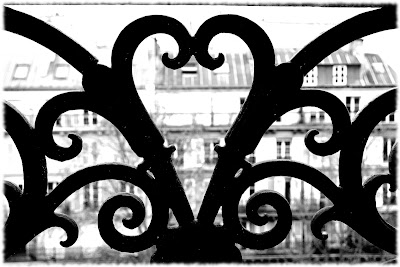 2 replies to Choose Love – Everyday, not just on Valentine’s Day