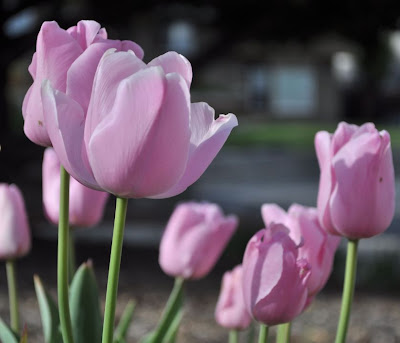 Flowers always make me smile, especially when they remind me of loved ones.  The last present my Daddy gave me before he died was a bunch of pink tulips.  He apologized that his birthday present that year was so simple. He was battling cancer, and losing, and I cherished them as if they were made of gold. Sadly, he passed before they dropped their last petal.  His third anniversary is on Sunday, and I still think about him every day.  I wish he was here to talk to,  at least on the other end of the phone.  He never saw my new life in California.  He’d love the weather but hate the social life – Silicon Valley – bedtime by 11pm! 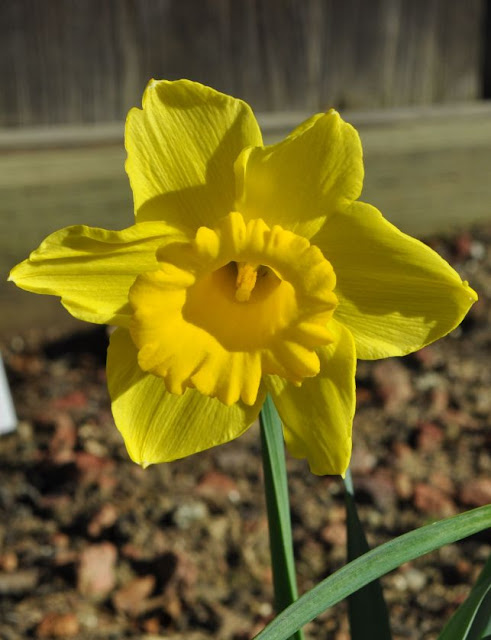 Daddy’s favorite flower was a daffodil. It’s the only flower that I ever recall seeing him plant.  Shorty before he died, he told me that it lifted his heart to see them blossom.

“The summer’s nearly here, things are always easier in the warmer days and bright evenings,” he told me.  He never saw that summer.

Mummy is the gardener in our house.  While she grew vegetables and beautiful flower beds, Daddy built a cacophony of sheds on the property surrounding our new house, from building materials he had salvaged from the old house before they demolished it.  Each shed had a name that bore testimony to the family’s sense of humor.

There was the “Tenko” house – built from green corrugated tin (and not to be confused with the greenhouse), one really hot summer that saw us all wearing bikinis and sunburn (except Daddy – he was in shorts and sunburn!) so that we looked like the cast from the TV drama about British women taken prisoner by the Japanese during the second world war.

There was the “IC3620” hut – just a shed with the number plate of Daddy’s first ever car nailed to the door.

We had the best tree house ever – built so high up an old elm tree that Mummy was afraid to go up the wobbly ladder to it. Kids these days would never be allowed in such a precarious structure – but we loved it.

But my favorite was the “Pavillion.”  he actually bought new materials for this one. It was a wooden structure with a glass front and a porch.

There was the barn (it was there already – he didn’t build it) and the storeroom and the boy’s kitchen(don’t ask!) and a couple of plain old sheds – from aerial pictures we must have looked like a small city!

When I bought my first house in Belfast, Daddy came and fashioned a lean-to shed onto the back door.  After several leaky years, we had to take it down again!

However, I did learn some valuable gardening tips from him. It wasn’t that he actually said the words, “Never leave your rake lying with the prongs sticking up.”  Instead, he told the story (he was an excellent story teller) about a guy who worked for him who stood on the prongs of the rake. Not only did the rake go through the poor guy’s foot, but the shaft shot up and hit him in the face, busting his nose.  When the hapless fellow saw the blood, he fainted, landing in the wheel barrow that was sitting behind him.  His co-workers simply wheeled him to the office in the barrow, to tell Daddy what had happened. I’m very careful how about how and where I set my rake.

All very good advice when you consider all the raking of red lava rock I’ve been doing lately. Finally, it is all gone thanks to a few Master Gardeners taking it for potting up their succulents. 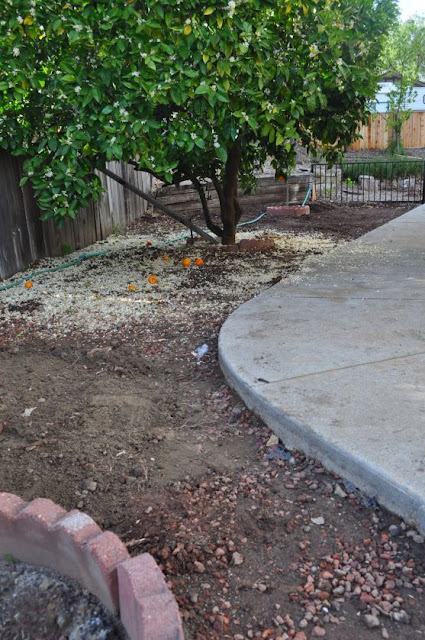 I think making little paths is to me what building sheds was to Daddy.  I couldn’t help myself here.  Now, I’m ready for the compost and the wood chips. Oh great – another giant heap of woodchips in the driveway… my muscles ache at the thought. 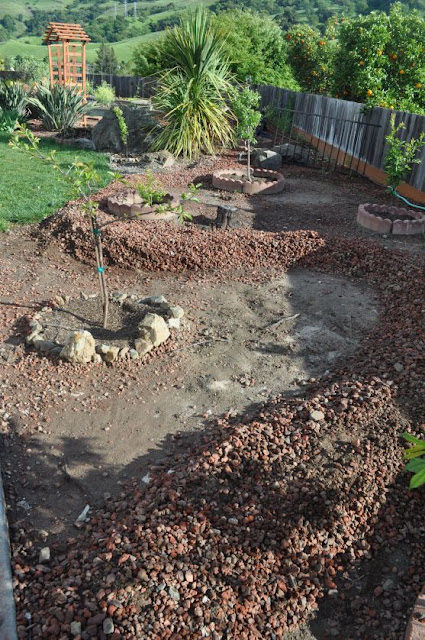 Hopefully, once I have the wood chip mulch down, I won’t need to buy in so much fertilizer for the orchard. Even if it is organic fertilizer, the compost and mulch make this project much more sustainable.  For more sustainable gardening ideas and a chance to win some gardening prizes have a look at Jan’s Thanks for Today gardener’s sustainable living project 2011.  Always lots of great ideas there.

The native shade garden at the other side of the house is coming into its own.

One last thing –  I noticed whilst raking the red lava rock that there was a lot of junk amid the stone.  It certainly reinforces what I always say – gardening ruins your nails! 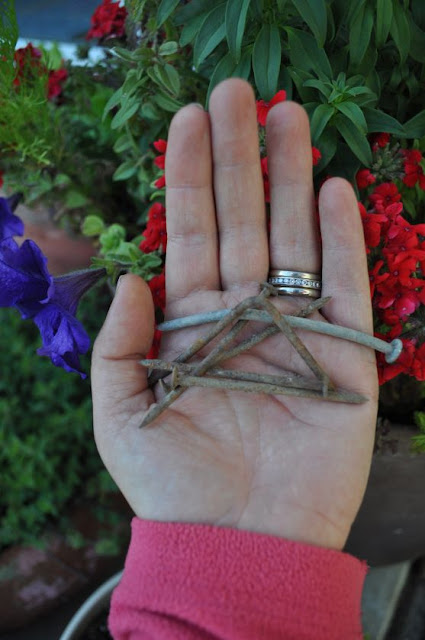 8 replies to This one’s for you Daddy xo