This week, I finally got around to changing the hummingbird feeder, shamed into it, in part by reading that it should be cleaned every week and in part by the humming birds themselves, who would zip down to it then hover and squeak at us for our lack of hygiene!  I have to admit, I didn’t think it was an urgent task – there are still plenty of blossoms in the neighborhood, and I ran out of the syrup that initially came with the feeder.

Then, I read that you don’t need a fancy feed syrup.  In fact the red dye may not even be good for the little guys.  So, I mixed up four parts water with one part sugar and put it into the well washed out feeder.   I worried that the humming birds wouldn’t know it was there, not having the red dye that is said to attract them.  I had heard that if the feeder had some red on it that that would be enough to attract the birds, and sure enough it was. 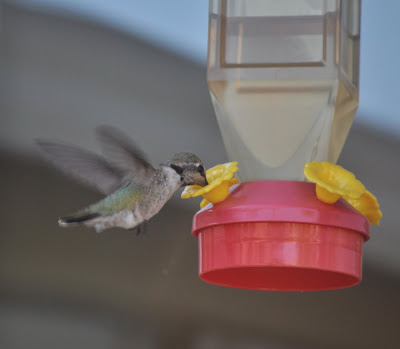 Now the little monsters think they own the whole garden! This one is saying “All this is mine – all mine! Whahahahah!”  Well, OK, without the “Whahahahah!”  I can’t imagine they’d have a deep enough voice for that bit. 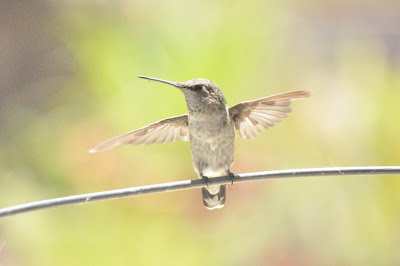 And this one is debating which is his best side:
“Does my nose look big in this?” 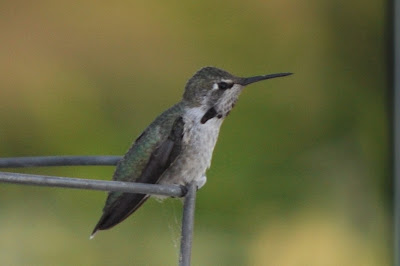 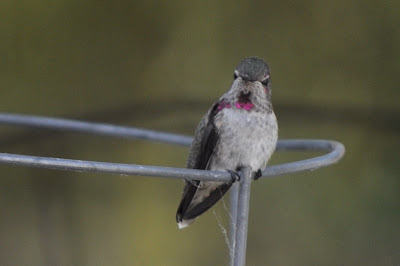 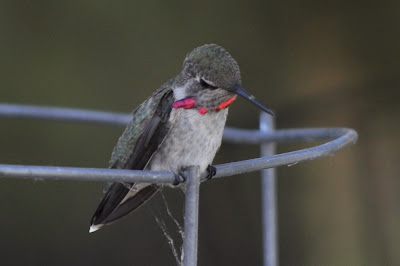 Some of them are easily embarrassed. 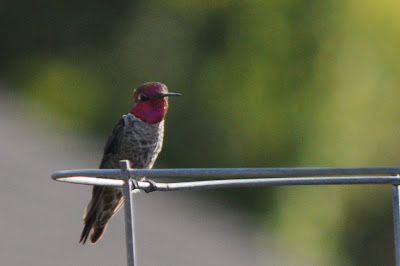 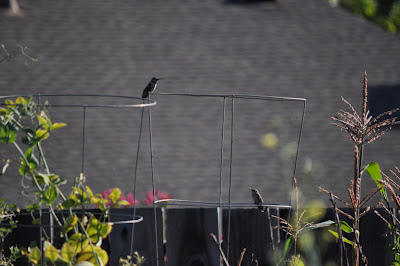 Three’s a crowd – can you spot them? 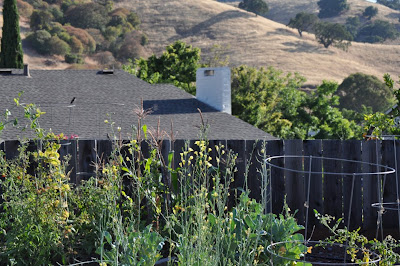 I loved that they were going to the blossoms on the broccoli that I am letting go to seed.  Everyone is getting a share from this garden – not just us and the slugs! 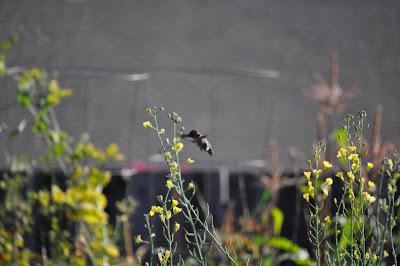 This is what it looks like when hummingbirds talk on their cell phones! 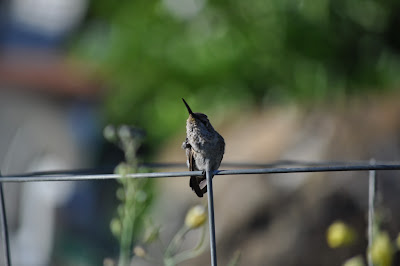 OK- maybe he is scratching…but wow, how big must fleas be to a humming bird?  They must seem to them what mice are to us, or are there tiny hummingbird sized fleas? 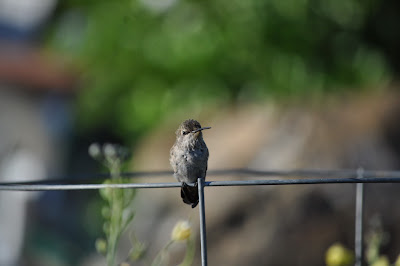 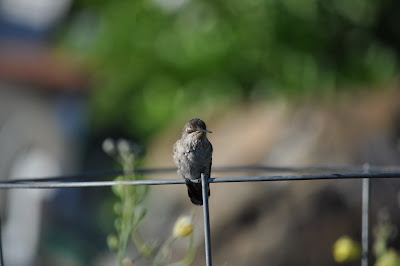 12 replies to Humming and Ha-ing