When our good friends invited us to come stay at their holiday spot in beautiful Mullaghmore, Co. Sligo, we didn’t have to be asked twice. Good company and a great location, not to mention the fact that I’d never been before, added up to a resounding “yes.” 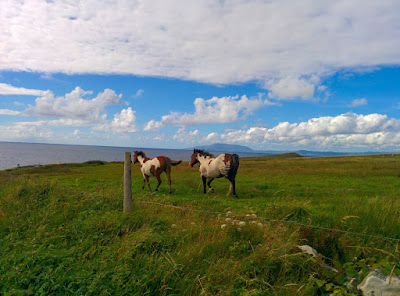 As we sat chatting the first day of the trip over the first of many cuppas, I mentioned that I might want to do a blog post on the trip and would that be okay.

“No bothers,” they said.

When I told them that I didn’t have to use their real names and that they could think up a pseudo-name, their nest-leaving-age son piped up, “Basil and Sybil!”

Yep, I saw it right away – and with a hearty laugh so did they! (Phew – might have been a tense weekend otherwise!)  So that’s what we agreed on.

Basil and Sybil suggested we start with a wee walk around the coast road. It was a beautiful evening, all the more appreciated when we saw that the weather in the rest of the country was brutal (that’s quite a technical Irish meteorological term that would take too long to explain in this blog post!) Luckily, I’d promised Sybil I’d bring the sunshine and I did. 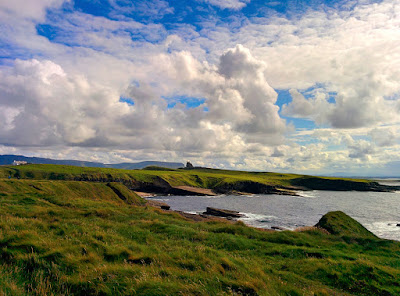 Off in the distance, we could see the silhouette of a castle on the horizon. With notes of Wuthering Heights, it looked foreboding and unwelcoming. My instincts proved right when we met a couple of tourists who asked in broken English if it was possible to “Go into the castle?”

So it wasn’t exactly Faulty Towers then and as the tourists moved on, Basil explained that it was Classiebawn Castle and used to belong to the Mountbattens, relatives of the British Royal family. Like most of Ireland, the area was steeped in violent history from both the distant and recent past. On our walk, we passed memorials to the people whose lands had been taken from them by the British and to Mountbatten, who’d been killed when the IRA blew up his yacht off the coast of Mullaghmore. The irony of the two memorials in such close proximity was not lost on us and served to remind me that in order to move forward, we must exercise diplomacy and respect while remembering that all the episodes of the past have led to making the kaleidoscope of where we have arrived to as a nation today. 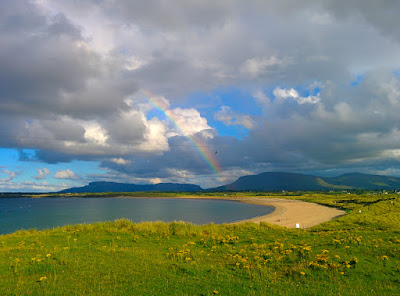 With rainbows arching from the heavens, it felt like God’s own country. Why had we ever left, I wondered. It’s so beautiful. Sure, Ireland gets more than its fair share of rain, but that’s what keeps it green and lush. After living through years of drought in California, I’ve learned not to complain about the rain.

We were in Yeats country, and you could see what had inspired the great poet so much.  There was Benbulben forming the back drop to most views, the ocean clear and sparkling, and best of all the craic, as only the Irish can deliver. 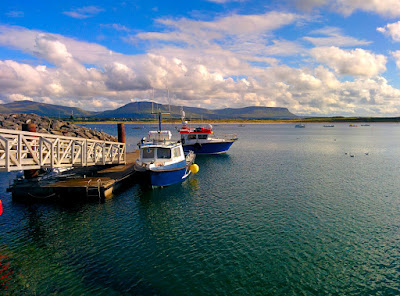 Since Armagh was playing in the Ulster finals that day, Basil, Sybil and I decided it was a good day to introduce My Husband to the glorious torture of becoming an Armagh supported. The game was indeed painful – least said, the better. But Basil made a great choice with the bar where we watched it, not least because it had no Tyrone supporters – no-one to rub salt in our wounds.

At the front of Langs bar, there’s an old-time shop – I wasn’t sure if I could really have bought a box of Ariel or if they were for show. I couldn’t help but go take a few photos while everyone was in the back lounge roaring at the match on the telly. 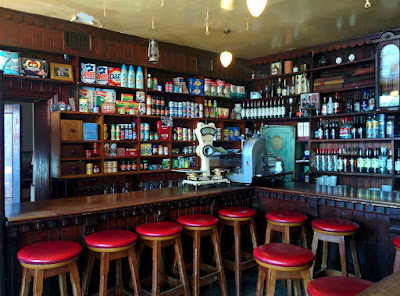 The bar was empty but for one man sitting enjoying his pint in peace – at least until I came along. He told me he was 75 years old and pointed to a snug at the end of the bar. 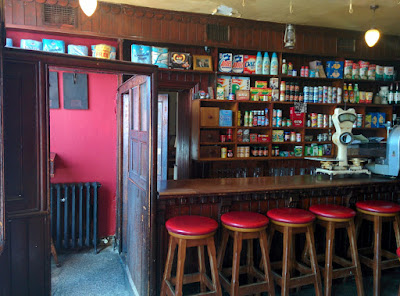 When he was sixteen years old he’d bring deliveries to this shop, he told me with pride. The door to the snug would be closed and the money would be counted out and paid over for the goods. The wee desk was still there after sixty years. 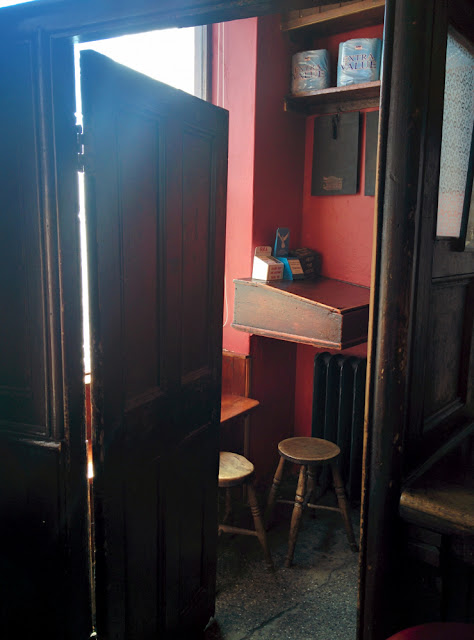 “Nothing has changed much in this bar,” he said pointing at the counter. “Still the same wooden counter all these years.”  He took a swig of his Guinness, rolled it around his mouth and swallowed, sucking his lips open in a satisfying smack. 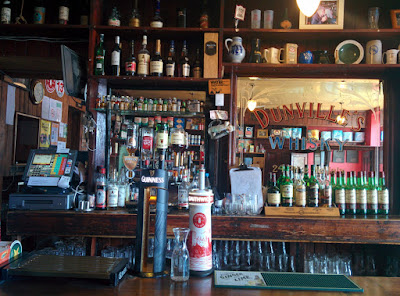 One thing is for sure, I’ve learned what’s worth keeping.

Many thanks to Basil and Sybil (every time I write those names it makes me chuckle) but seriously (hard to be serious when the thought of you guys makes me grin from ear to ear) thanks for sharing your holiday home, the company of your wonderful sons’ and their friends, the weekend and your long, long time friendship which, like a beam of light in a lighthouse beacon, joins with others to guide us home time and time again.

“And say my glory was I had such friends.”