It’s a three hour drive up the West coast of New Zealand’s South Island to get from Franz Josef to Punakaiki overlooking the Tasman Sea most of the way up. 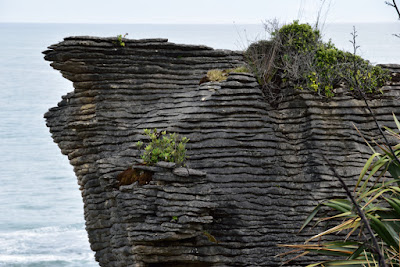 The main attraction at this stop is Pancake Rocks. Layers of limestone rocks have been eroded and shaped by rain and ocean into what looks like … you guessed it… stacks of pancakes. 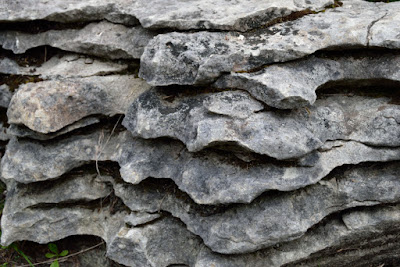 There is a nice easy access to this intriguing feature allowing for excellent views of the rocks. 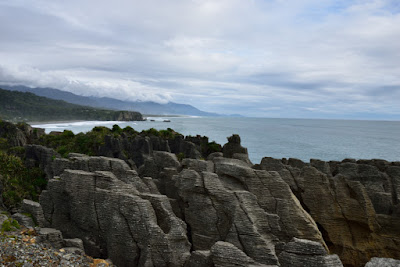 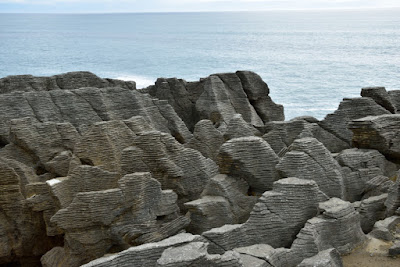 From the view point we could also see our accommodation – a charming beach house right by the waves. 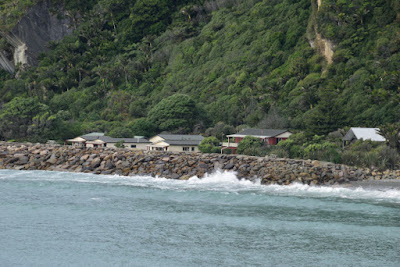 We stayed at Punakaiki Beachfront Motel, just a (pancake-shaped?) stones throw from Pancake Rocks and Blowholes.

When I say right by the waves, I’m not kidding. There was a big stone sea-wall keeping the waves out of our bedroom! 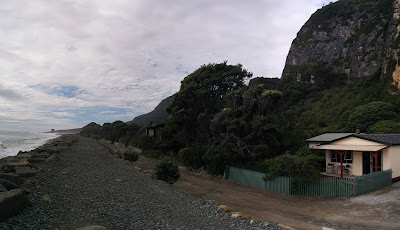 With a huge cliff at our back, disconcerting thoughts about tsunamis were hard to dispatch. 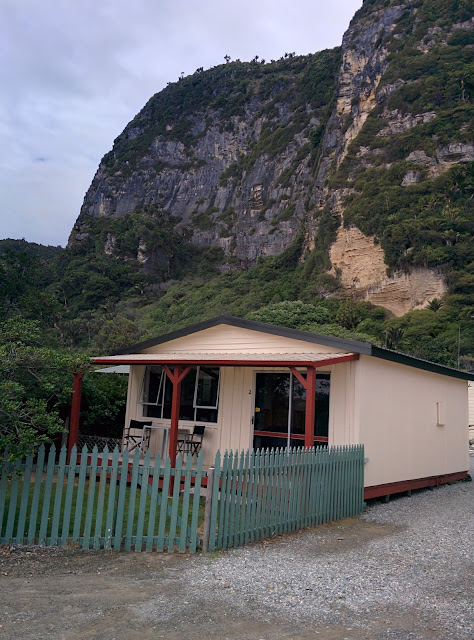 The locals seemed very chilled out though. This weka was very friendly and cute too!. 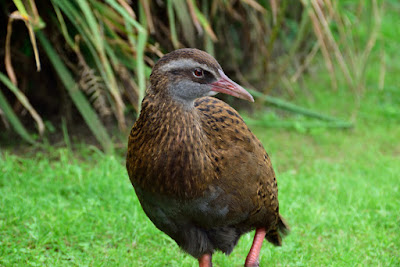 That night the storms that had begun when we were in Franz Josef, caught up with us. The crash of angry surf right on what felt like our doorstep was almost deafened out by the hammering of rain on the roof. Several times I wondered if the sea-wall was big enough. Evidently it held, but not before I’d decided that beach front accommodation had it’s anxiety-riddled drawbacks.

A foggy day ensued. Being Irish, this was no problem. 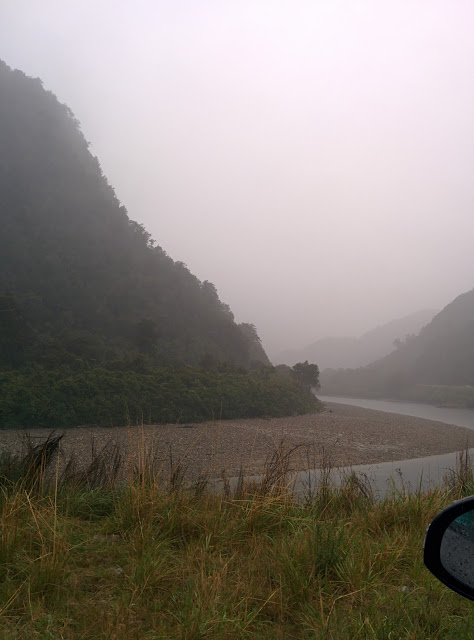 We knew what was needed – a good spot to park along the way while we indulged in car scones! Picnics in New Zealand, as in Ireland, don’t need to take place in the open air. 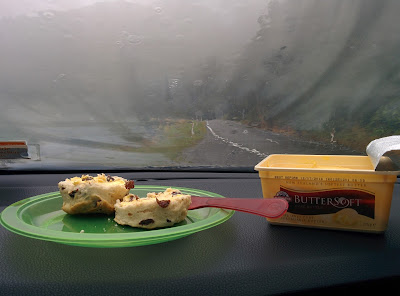 And the road – still spectacular even with the rain – especially when it came with it’s own naturally build in rain protection! 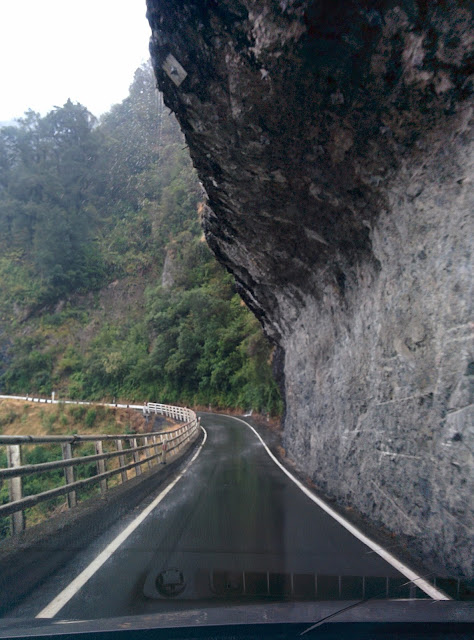