Wow! It’s been quite a while since my last post. This is probably because it has been such a challenging year in the garden and I’ve not been inspired to blog about it. Why isn’t the opposite of inspired just “spired” or even “outspired”?

Back to the blog…

First, we had no rain for most of last winter. And the total for the year is less than half the lowest ever recorded – 3.8 inches. That has greatly impacted my native garden in my frontyard. The plants had a tough summer and in the end I had to water them. They are struggling now and nothing looks that attractive.

In the backyard, the ground squirrels became the bane of my gardening existence. In the end, I had to trap and kill them using #110 body gripper traps, supposedly the most humane trap that kills the blighters instantly. …I’m up to 6 now.

Since the winter came in, their activity has diminished, but there are still crop losses. So I set a trap right over my lettuce which they’d eaten down to about an inch in length. I was hoping for some regrowth. Next week I’m dog sitting for a friend so I needed to put away the traps. As I dismantled the trap I’d set over the lettuce, the claws sprung round and grabbed the lettuce, tearing all the plants in a eight-inch radius right out of the ground. Squirrels-0, Byddi-0!

Then the really cold spell we had just at the end of November killed quite a lot of my ornamentals.

Yet the weeds keep on coming. In the area I solarized last summer, I’ve notice a rash of Geranium dissectum. Not a big deal. I can pull it quite easily, but why can’t it die from drought, get eaten by squirrels or succumb to the frost?

What actually did inspire me to write this post was an little indoor gardening experiment.

We had a New Years Eye Party, and as part of the “Black and White” theme, I made up a number of white flower arrangements to place around the room.  Most of the flowers were carnations (all bought in, not homegrown sadly!) but I had a few chrysanthemum in there too with some Gypsophila Babys Breath. 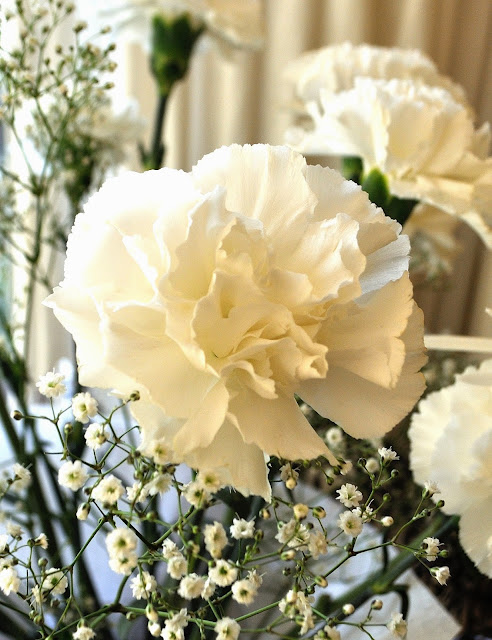 They made a refreshing change after all the Christmas decor.

The day after the party, I remembered an experiment I’d done when I worked as a teacher back in Ireland. I added food dye to the water in the plants and the white petals changed color – over night!

When I added black food dye, the white carnations developed a black stripe and the chrysanthemums even started to show some color. 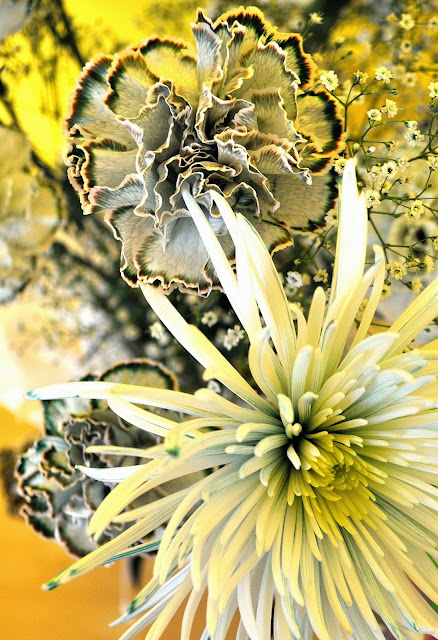 Red food dye has produced a pink stripe and a pink hue to the rest of the leaves. 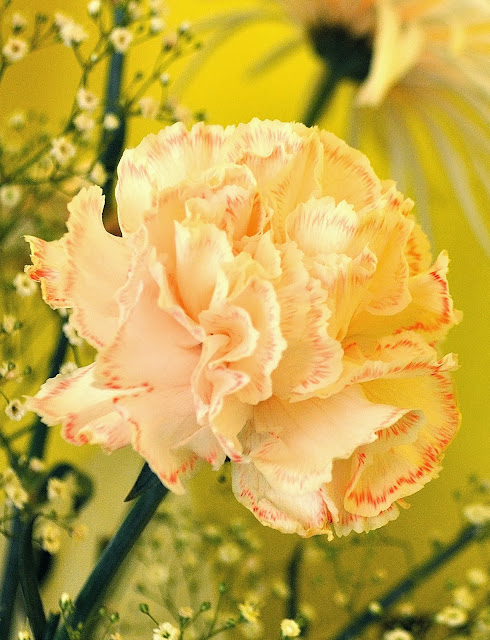 I just wish I’d other colors to play with now!

Hope it rains soon and that it drowns all my ground squirrels.

1 reply to Hopes for a Happy New Year