Winter gardening in California seems to be split into two segments divided by December and January. If you get organized by mid September you can have a crop of winter veggies already growing and some harvested by Christmas. If you decide in December that you want a winter garden all is not lost – you can plant again in February and harvest in time for your summer garden. I like getting started in the fall as you get a jump start on the slugs and snails. The dry conditions seem to hamper their movements. In the spring they are a force to be reckoned with, but if your peas are already established then you aren’t providing these dastardly molluscs with the tender shoots they prefer.

If you look at the Cool Season planting charts on the Master Gardeners website you’ll notice that generally it is not recommended to plant in December/January. My guess is that the soil temperature in the heart of the winter gets too low, but as the soil warms up in late January/February the heat kicks in and gets germination going again. Sometimes, if the daytime temperatures are higher than average, you can get away with planting during these months. Likewise, if the weather gets cool quickly in the fall or lingers in the low figures into spring, germination will be effected. Experiment – that’s what I do!

This year, I planted a whole bed of beetroot. And even when I follow all the correct procedures, it is still a delightful surprise when things grow! By the start of December, you could tell that about half of them were ready to be harvested by the way they were pushing themselves out of the ground, just begging to be picked. 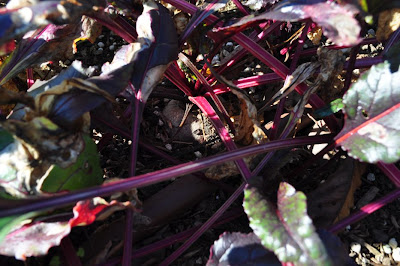 The great thing about picking beets is that you can use the greens too. I fry these with some olive oil and salt. Boy, they are tasty!

I get carried away when buying seeds and I had planted 5 different types of beets. I was able to label my Detroit reds, my Dutch baby ball beets, and the gourmet golden beets, but Renee’s Garden Jeweled toned beets have three seeds types in one packet. In the end the entire bed became one big beet potluck! 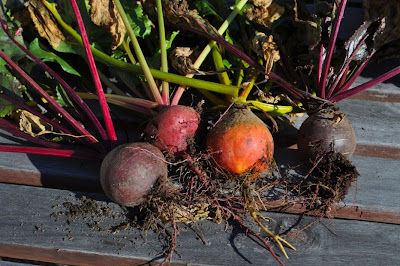 Nevertheless, it did not diminish the taste testing fun I had with them. I loved the golden one, but really they were all delicious. It was weird eating the paler one (my guess is it is a candy-stripe) and it packing the same beetroot punch as the Detroit red. The taste is obviously not just in the pigment. 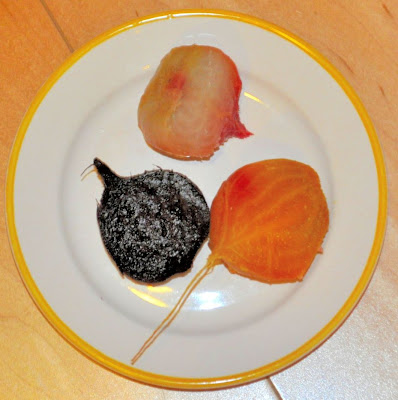 My first attempt at pickling has yet to tasted. I’m keeping one jars for my nephew visit in February and the other for Christmas. It took a whole day to harvest, wash, cook and pickle these beets and for only 2 jars! 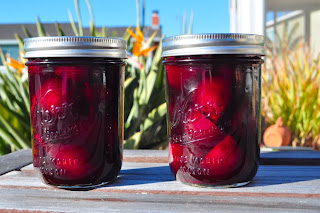 As we approach the winter solstice, frost is frequenting the garden more often. The light kiss of white doesn’t do too much damage to what I have growing right now. I’ve learned my lessons from previous years – not to plant my spuds too early, and that lettuce is actually fairly cold hardy, so I don’t even bother to cover it now.

There are still cosmos blooming bravely at the back door despite the cold. So I took this picture especially for May Dreams Gardens Garden Bloggers Bloom Day. 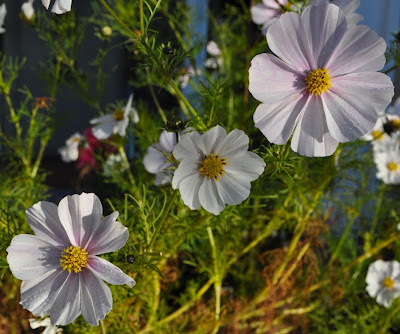 And the sun had just thawed out the frost on this pea flower leaving delicate little droplets. 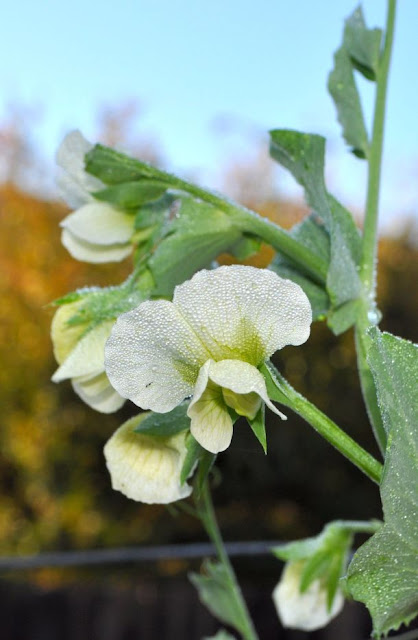 The sun hadn’t quite reached this log – a beautiful, yet temporary garden art makeover. 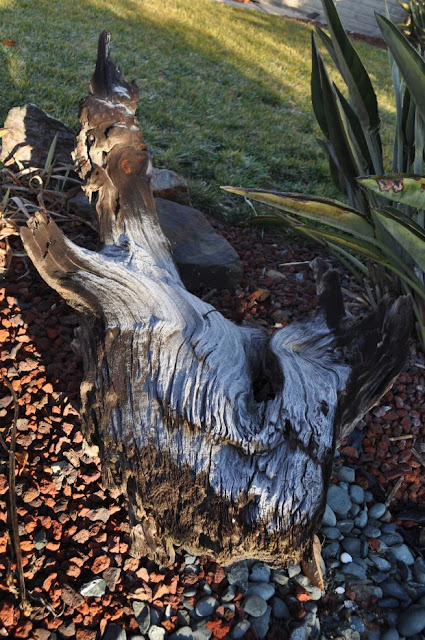 Caught in the act, this first sunbeam wakes up the garlic for another hard day of photosynthesis! 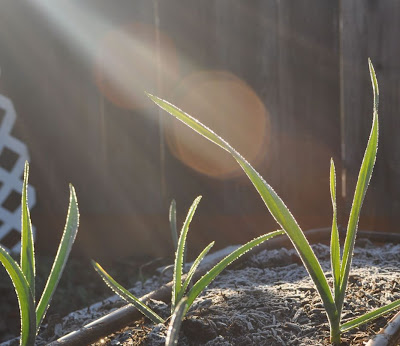 And so even during December, the garden remains a work in progress. 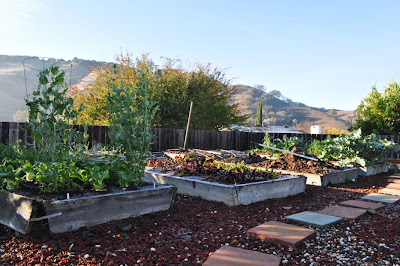 4 replies to Beet that!