I think that when you leave a place you remember it in your minds eye the way it was not when you last saw it, but when you first got to know the place. I moved to Belfast in 1987. I spent the 1990’s getting to know the city – especially the bars! Coming back to visit now, is like travelling forward in time from those days (well technically it is!) to see the futuristic Belfast. They used to have an advertisement on the telly for Belfast back in the day. The catch phrase was “Belfast is buzzing”. I suppose they were limited – after all they didn’t want to advertise that Belast was booming! But now, despite the past Troubles and the current recession it looks like it is doing both. And all in a good way. 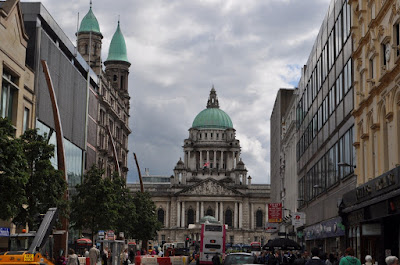 As always the cityscape is peppered with castle like buildings nestled in amongst the modern buildings. 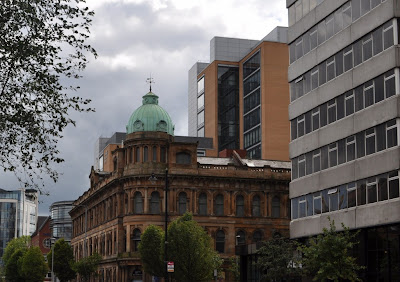 For years it seemed that Belfast never changed, other than lose the odd building here and there in a bomb blast, which usually served to irridicat urban decay! (In Belfast we alway had to look on the bright side.) But now it has some amazing new arcitecture… 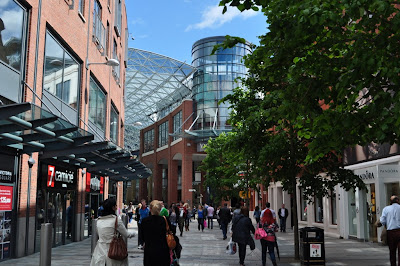 And sculptures – What happened to the old band stand at cornmarket? 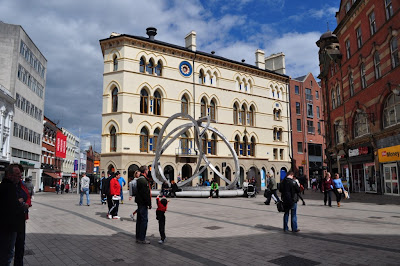 In Belfast the best architecture is often seen on the rooftops. 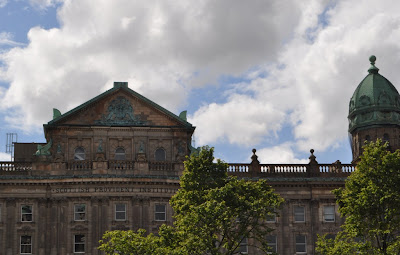 Walk around the city and look up. 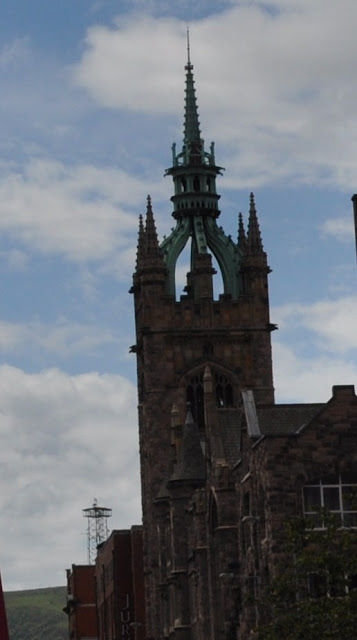 I don’t know much about architecture but I know these are pretty amazing. 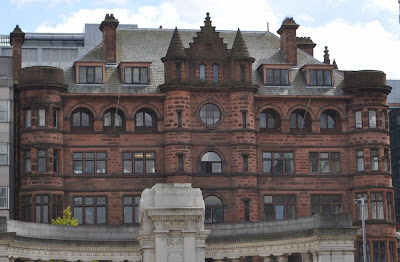 And all found within an couple of blocks of the City Hall, the iconic heart of the city. 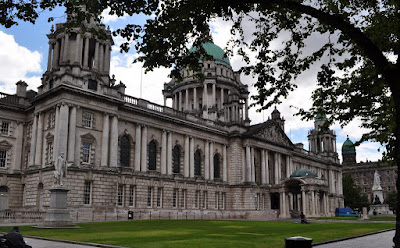 And even inside (you can go in for a look around) you need to look up too. 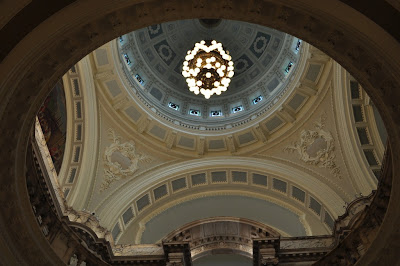 My parents always said that you never need a watch in Belfast. Just look up and there will be a clock on a building. 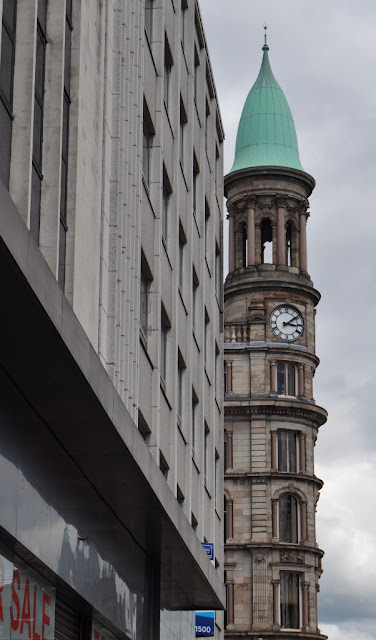 Interesting that the time on the clock is 3.10. I’ll always rememeber watching the hands on that clock move from 3 o’clock to 3.15 the week after the Omagh bomb killed 29 people. Thousands of people gathered in the city center to hold what began as a minutes silence and became 15 minutes. In the errie silence of both sides of the city joined soundless in grief the seagulls wheeled about overhead, and we stood with the wee hairs tingling on the backs of our necks. A solemn occasion that stretched across the divide, and that I think went a big way to starting the healing process among the great people of this wonderful city who so deserve it.

As always Belfast is all about the irony. There are some bemusing new additions to Royal Avenue. 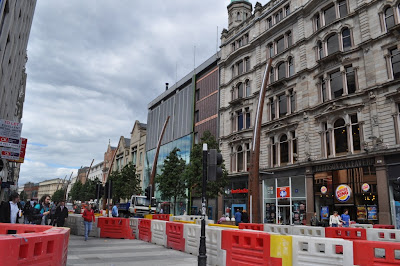 Suposedly to comemorate the 100th anniversary of the building of the Titanic, I wonder if these struts are meant to resemble the ribs of a ship. It seems strange to put so much effort into remembering the worst maritime disaster ever and bang on about how we made that ship  – shussssh!

I came to Belfast from Armagh to go to University. Even now as I pass by the gates of Queen’s University’s Lanyon Building my heart squeezes in pride and nostalgia. 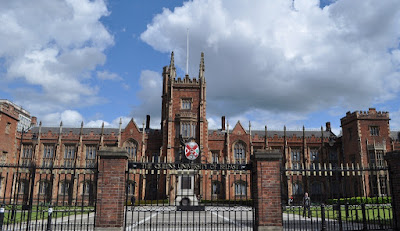 Belfast had not been my first choice. I had wanted to go to Trinity in Dublin, but we simply could not afford to go there. Instead, I went to Belfast where I learned that the people were the salt of the earth and the craic was ninety. I loved my time here – I had my heart broken and pieced together here. The city itself felt like a teenager to me – with all its Troubles, it never gave up – all it needed was someone to believe in it. And I did. I never felt like travelling and abandoning her until she was making her way to peace. She saw me through my adolescence and I through hers.

A small city, I always felt Belfast was the perfect size for a country gal like me.But even before I left it, three years ago, its variety of shops, bars, clubs and resturants – enough to suit a wide range of tastes – threatened to overwhelm me. Since the peace process has kicked in, the city has grown out of its akward teenager like stage into a gracefull young adult. I unfortunately have aged much faster!

For those who prefer a  less hectic pace of life, why not explore the leafy suburbs of the Lisburn Road, an umbilical of trendiness following people out to Lisburn, now a very popular place to live. 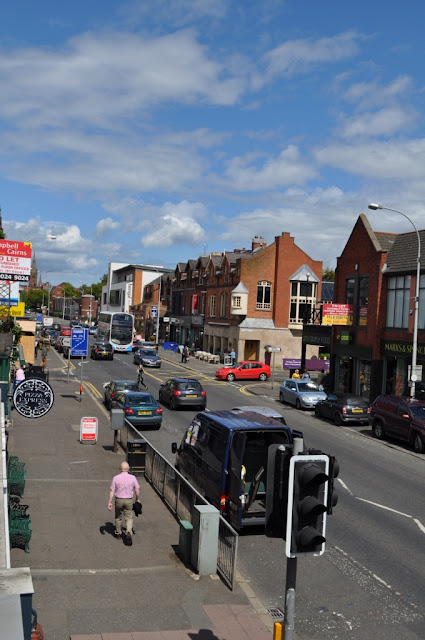 Or stroll through one of Belfast many parks. Peace can be found in Belfast – Believe me. There is a lot to see in a visit to Belfast – don’t lets its reputation put you off. Believe in Belfast and she won’t let you down. 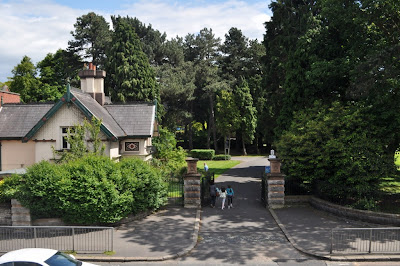 3 replies to Believing in Belfast